In Tanzania, Petra’s partner is the Government of the United Republic of Tanzania at the Williamson mine, the country’s most important diamond producer.

During H1 FY 2022, the Group entered into a Framework Agreement with the Government of Tanzania regarding the Williamson mine which will reduce Petra’s indirect shareholding from 75% to 63%.  Petra also entered into a non-binding Memorandum of Understanding (“MoU”) to sell 50% less one share of the entity that holds Petra’s shareholding in Williamson (“WDL”) to Caspian Limited. Upon completion of the transactions contemplated by the MoU and the capital restructuring in the Framework Agreement becoming effective (expected in H1 FY 2023), Petra and Caspian will each indirectly hold a 31.5% stake in WDL, but with Petra retaining a controlling interest in WDL, and the Government of Tanzania holding the remaining 37%. These agreements are in line with Petra’s objective of reducing its exposure in Tanzania while retaining control, through its controlling interest in the entity that holds Petra’s shares in WDL.

Williamson is Tanzania’s only important diamond producer. The mine is an open pit operation based upon the 146 hectare Mwadui kimberlite pipe, which is one of the world’s largest economic kimberlites.

Despite having been in operation since 1940, the pit is only 120 metres at its deepest point due to the large size of the deposit. The low grade of the deposit is countered by the high value of its diamonds and lends itself well to high volume, bulk mining methods.

Williamson is renowned for beautifully rounded white goods and ‘bubblegum’ pink diamonds, including the 23 carat Williamson Pink (54 carat rough stone), which is considered to be one of the finest pink diamonds ever recovered, not to mention the exceptionally rare Williamson Pink Star, an 11.15 carat internally flawless Fancy Vivid Pink polished diamond that fetched US$57.7 million at auction in October 2022 – the second most valuable jewel or gemstone ever sold at auction. Following the closure of the Argyle mine in Australia, the world’s primary source, of pink diamonds in late 2020, Williamson is considered to be one of the few remaining sources of pink diamonds.

The Company’s expansion plan at Williamson has involved major pit reshaping and plant rehabilitation work in order to take the mine to a 5 Mtpa operation. In FY 2019 the Company achieved the highest level of production at the mine in over forty years, with 399,615 carats produced.

The Company’s current mine plan for Williamson has a life to 2030, but given that the Mwadui kimberlite hosts a major resource of 37.7 Mcts, there is potential to substantially extend the LOM.

Production at Williamson is currently temporarily suspended – following the breach of one of its Tailing Storage Facilities on 7 November 2022. For more information please see here: Williamson Tailings Storage Facility Breach

The Williamson mine was discovered in 1940 by Dr John Williamson, a Canadian Geologist, and is the largest economic primary diamond deposit to be in continuous production. Williamson has been successfully mined for over 70 consecutive years, and as such holds the record for the world’s longest running uninterrupted diamond mining operation.

By the 1950s the mine had developed into a successful operation with equipment that was state-of-the-art for its time and a labour force of several thousand. The mine was closely managed by Dr. Williamson until his death in 1958. During this period production was predominantly from near-surface eluvial deposits that had undergone significant secondary diamond concentration, with grades that ranged from 30 cpht to 100 cpht and an annual production approaching 1 Mcts.

In 1958, the mine was sold to an equal partnership between De Beers and the colonial Government of Tanganyika. De Beers operated the mine until 1973. Tonnages and carats produced increased dramatically during this period, but grades dropped to well below 30 cpht as the open pit entered primary RVK (link to glossary) material underneath the near-surface zone of eluvial enrichment.

From 1974 to 1993, the mine was operated by STAMICO (the Tanzanian State Mining Organisation). Grades varied between 5 and 12 cpht and diamond output fell dramatically relative to the previous 15 years to approximately 70,000 carats per annum. In 1993 De Beers returned to Williamson as operators, together with a recapitalisation and ownership restructuring. Production increased to approximately 195,000 carats per annum to 2005. De Beers announced it would be selling its 75% interest to Petra in November 2008, and the acquisition of Williamson in February 2009.

Williamson is renowned for ‘bubblegum’ pink diamonds, including the Williamson Pink, which is considered one of the finest pink diamonds ever discovered. It was found in October 1947 weighing 54 carats in the rough. The mine, then owned by the Canadian geologist and royalist Dr John Williamson, gave the diamond to Princess Elizabeth in 1947 as a wedding present. It was cut into a 23 carat round brilliant and set as the centre of a brooch in the form of a jonquil flower, designed and set by Cartier in 1953 – see our Diamond Heritage.

Note 1: Williamson was on care and maintenance during FY 2021

2 The segment result includes depreciation of US$5.0 million

Operations at Williamson recommenced in August 2021, having been on care and maintenance from April 2020. FY 2022 was a year of improving the performance of the mine after this 17-month period of shutdown and the operations are now fully ramped up.

Williamson’s production and grade were in line with guidance. Revenue was US$75.9 million, compared with US$4.6 million in FY 2021 when the only diamond sales were the final parcel recovered prior to the mine being placed on care and maintenance. We benefitted from the recovery of an exceptional 32.32 carat pink diamond which was sold for US$13.8 million in the December 2021 tender.

The on-mine cash unit cost of US$13.9/t was in line with guidance. FY 2022 capex was US$3.3 million, which included the costs of preparing the mine for reopening and sustaining the operations.

The Company’s current mine plan for Williamson has a life to 2030, but given that the Mwadui kimberlite hosts a major resource of 37.9 Mcts, there is potential to substantially extend the LOM.

FY 2022 capex was US$3.3 million, which included the costs of preparing the mine for reopening and sustaining the operations.

The focus will be the continued stabilisation of operations following the period of care and maintenance, including increasing throughput and diamond recovery, while ensuring waste-stripping is undertaken at the required rate.

In terms of section 87 (1) (b) of the Mining Act, a royalty of 5% is payable on the sale of diamonds recovered by WDL.

In addition, corporate tax at the rate of 30% is payable in terms of section 4 and other relevant sections of the Tanzania Income Tax Act, 2014 together with an export levy of 0.3% of diamond sales. 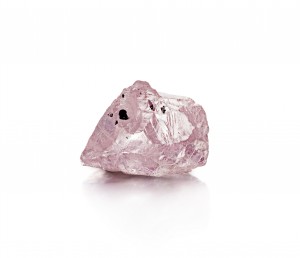 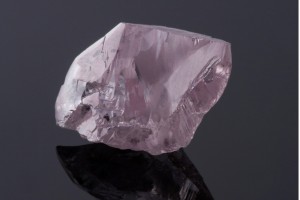 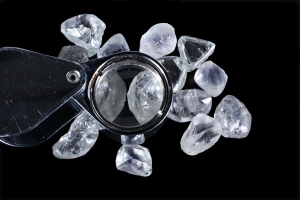