Petra’s mines have produced many of the world’s most spectacular and celebrated diamonds.

Petra’s diamonds have a unique provenance in that they are sourced from some of the most culturally significant diamond mines in the world. The Cullinan, Finsch, Koffiefontein and Williamson Mines all have rich histories associated with them, as over time they have produced many of the world’s most spectacular and celebrated diamonds.

Diamonds from our mines have been presented to royalty, have been used to commemorate passionate love affairs (as is the case with the famous Taylor-Burton) and have achieved both historic one-of-a-kind polished masterpieces, as well as record prices.

The Cullinan Mine, in particular, shines in our portfolio as it is the source of the world’s largest gem diamond ever recovered: The Cullinan diamond (3,106 carats rough) was cut to form the Great Star of Africa and the Second Star of Africa, the two largest cut diamonds in the British Crown Jewels.

The Cullinan Mine is known as the source of very large, high quality Type II diamonds and has produced over 800 stones of greater than 100 carats, over 140 stones weighing more than 200 carats and more than a quarter of all the world’s diamonds of greater than 400 carats.

Our mines produce the full spectrum of diamonds, including fancy coloured diamonds, the rarest and often the most valuable. The Cullinan Mine is renowned as the world’s only reliable source of blue diamonds, Williamson is known for its ‘bubblegum pink’ diamonds, and Finsch is known for fancy yellow diamonds. Koffiefontein continues to produce exceptional quality white diamonds of between five and 30 carats in size.

Petra’s mines continue to produce world-class gems. We have mined and sold the following exceptional diamonds to date:

A 32.32 carat pink diamond of exceptional colour and clarity was recovered at Williamson in November 2021. It was cut and polished and sold at auction in October 2022 as the 11.15 carat Williamson Pink Star for US$57.5 million. At over US$5 million per carat this became the second most valuable jewel or gemstone to be sold at auction

An exceptional 342.92 carat Type IIa white diamond was recovered at the Cullinan Mine in July 2021. 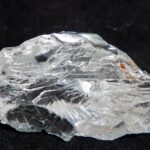 An exceptional 39.34 carat Type IIb blue diamond was recovered at the Cullinan Mine in April 2021 and sold for just over US$40 million in July 2021 to a partnership between De Beers and Diacore.

This is the highest price Petra has achieved for a single stone. 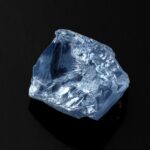 An exceptional 299.3 carat Type 11a white gem quality diamond recovered at the Cullinan Diamond Mine in January 2021.

Petra announced the recovery of five blue diamonds of high quality and clarity at the Cullinan Mine in September 2020. The diamonds are also significant in terms of their size, being 25.75, 21.25, 17.57, 11.42 and 9.61 carats, and are assessed to be individual stones and not originally part of one larger diamond. It is considered very unusual to recovery five high quality stones around the same time, all in the spare of one week’s production.

Following a competitive tender process, the Letlapa Tala Collection of five blue diamonds, weighing 85.6 carats in total, was sold as a suite of stones to a partnership between De Beers and Diacore for  US$40.36 million. 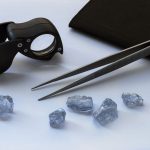 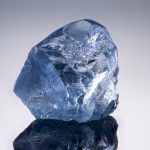 The Legacy of the Cullinan Diamond Mine April 2019

The 424.89 carat exceptional D colour Type IIa gem was recovered from the Cullinan Mine in April 2019 and sold to Stargems Group / Choron (Belgium) BVBA for just under US$15 million in May 2019. 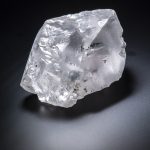 The exceptional 32.33 carat pink diamond recovered at Williamson mine in Tanzania sold for US$15.0 million (US$463,965 per carat) in March 2016 to Golden Yellow Diamonds on behalf of M.A. Anavi Diamond Group, a leading diamond manufacturer and specialist in large and unique coloured diamonds. 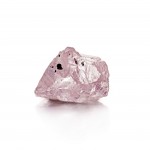 The exceptional 23.16 carat pink diamond recovered at Williamson mine in Tanzania sold for US$10,050,000 (US$433,938 per carat) in December 2015 to Golden Yellow Diamonds on behalf of M.A. Anavi Diamond Group, a leading diamond manufacturer and specialist in large and unique coloured diamonds.

This 122.52 carat blue diamond, recovered from the Cullinan Diamond Mine, sold for US$27.6 million (US$225,269 per carat) to a beneficiation partnership comprising Petra (15%) and its polishing partner (85%). The stone was cut and polished into four notably sized diamonds, of which the 24.18 carat Cullinan Dream is the largest. Upon sale of the polished, Petra will receive its 15% share in the proceeds, after beneficiation and related expenses.

The Cullinan Dream sold for US$25,325,000 in New York on 9 June 2016 and is the largest and most valuable Fancy Intense blue diamond ever auctioned.

The Blue Moon of Josephine January 2014

This exceptional 29.6 carat blue diamond was discovered at the Cullinan Diamond Mine in January 2014 and was noted as an outstanding blue with extraordinary saturation, tone and clarity.

It subsequently sold in February 2014 for US$25,555,555 (US$862,780 per carat – possibly a world record per carat for a rough diamond) to Cora International NY through the South African company Golden Yellow Diamonds.

After cutting and polishing, the stone was unveiled as the ‘Blue Moon’, a 12 carat cushion-cut diamond of the highest quality – being ‘fancy vivid’ blue in colour and ‘internally flawless’ in clarity.

This historic stone was temporarily on display to the public at the Natural History Museum in Los Angeles, during which time it boosted visitor figures between 10 to 15%.

In November 2015, the stone was sold at a Sotheby’s auction in Geneva for US$48.5 million (over US$4 million per carat), representing a world record price per carat for any diamond. This historic diamond was bought by Hong Kong collector Joseph Lau and was renamed the Blue Moon of Josephine in honour of his daughter.

Read The Tale of the Blue Moon of Josephine

In April 2013, an exceptional 25.5 carat blue diamond was recovered from the Cullinan Diamond Mine.

Following a highly competitive sales process, the diamond was sold in May 2013 for US$16.9 million (or US$663,114 per carat) to an undisclosed buyer.

his 507 carat diamond was recovered on South Africa’s ‘Heritage Day’ in 2009 at the Cullinan Diamond Mine and was quickly ascertained to be the nineteenth largest high quality gem diamond ever discovered.

Petra sold this historic stone in February 2010 to Chow Tai Fook for US$35.3 million, which at the time was the highest price on record for a rough diamond.

Chow Tai Fook’s master craftsmen spent three years analysing and perfecting the best approach to cut the stone into a round, brilliant-cut, 104 carat diamond of exceptional colour and clarity. The Cullinan Heritage 1 was revealed to the world on 28 November 2014 in honor of Chow Tai Fook’s 85th anniversary.

This 104 carat stone, along with 23 further D colour internally flawless diamonds cut from the Cullinan Heritage, were used to create the masterpiece “A Heritage in Bloom”, by world-renowned jewellery artist Wallace Chan, unveiled in September 2015. “A Heritage in Bloom”, which followed three years of cutting and polishing – over 47,000 hours of craftsmanship, unites an entire family of diamonds cut from the same rough stone within a single piece of jewellery.

The piece, which can be worn in 27 different styles, combines thousands of white diamonds and hundreds of pink diamonds, totaling 383.4 carats, as well as more than 100 pieces of green jadeite and mutton fat white jade.

See the journey of “A Heritage in Bloom” 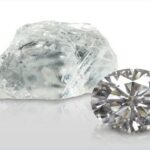 The Star of Josephine October 2008

In October 2008, Petra recovered a 26 carat blue stone at the Cullinan Mine.

This important diamond yielded a cushion-shaped cut stone of just over 7 carats, and achieved the highest colour and clarity grading for a blue diamond, being fancy vivid blue and internally flawless.

Petra sold this perfect gem through an auction house for US$9.49 million, or US$1.35 million per carat, which at the time was the world record price per carat achieved for any gemstone at auction.

This exceptional blue was bought by Hong Kong collector Joseph Lau and was renamed the Star of Josephine in honour of his daughter.

historic diamonds from our mines

Some of the world’s most iconic and emotive diamonds originate from our mines.

The Cullinan Cullinan Mine, 1905

At 3,106 carats in the rough, this is the largest gem diamond ever discovered.

The Cullinan was discovered in January 1905 at the then named Premier Mine in South Africa and named after the chairman of the mining company, Thomas Cullinan. In November, 1907 it was formally presented to King Edward VII as a token of loyalty. 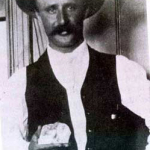 The Great Star of Africa Cullinan Mine, 1905

At 530.20 carats, the Great Star of Africa (aka the Cullinan 1) is one of the largest cut diamonds in the world.  It sits in the Royal Sceptre of the British Monarch.

The Crown Jewels are located in the Tower of London and are one of the UK’s most popular tourist attractions. 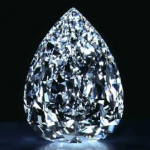 The Williamson Pink is considered the finest pink diamond ever discovered. It was found in October 1947 weighing 54 carats in the rough.

The mine, then owned by the Canadian geologist and royalist Dr John Williamson, gave the diamond to Princess Elizabeth in 1947 as a wedding present.

It was cut into a 23 carat round brilliant and set as the centre of a brooch in the form of a jonquil flower, designed and set by Cartier in 1953. 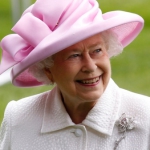 The Taylor Burton Cullinan Mine, 1966

The Taylor Burton diamond, at 240.8 carat in the rough and 69.42 carat polished, was made famous when it was purchased for Elizabeth Taylor by her husband Richard Burton.

Elizabeth Taylor was one of the world’s most well known diamond collectors and famously commented that “big girls need big diamonds”. 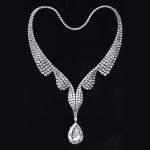 The Golden Jubilee Cullinan Mine, 1986

At 545.65 carats polished, the Golden Jubilee is the largest cut diamond in the world.

The Golden Jubilee Diamond was cut from a large brown diamond of 755.5 carats recovered at the Cullinan Mine in 1986.

The diamond was purchased from De Beers by a group led by Henry Ho of Thailand in 1995. 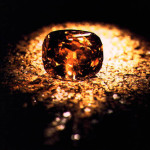 The Oppenheimer Blue Cullinan Mine 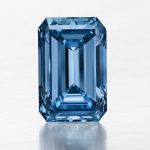 Read more about our mines