Mining first started at Koffiefontein over 140 years ago and the mine’s remarkable longevity is a testament to its quality.

Koffiefontein is a low grade deposit, but this is countered by the very high value of its diamond production. The mine produces white stones of exceptional quality, a regular proportion of which are of between 5 and 30 carats, and occasional fancy pink diamonds. In 1994, a 232 carat diamond was recovered at Koffiefontein, being the largest rough diamond ever produced by the mine.

Diamonds were first discovered on the Koffiefontein farm in 1870. Mining started in the form of small claims that were later amalgamated into Koffiefontein Mine Limited.

De Beers acquired control of Koffiefontein Mine Limited in 1911. Mining operations were then continuous until the advent of the Great Depression in 1932 when work was suspended. Between 1950 and 1953, a prospecting shaft was sunk which was followed by limited production. The mine was reopened in 1970 and preparations for increased production were completed in August 1971. Immediately after completing the preparations, production from the open pit commenced and proceeded to a depth of 270 metres.

Underground development started in 1974 through a sampling programme. Underground production briefly took place in 1982 but ceased soon thereafter due to the 1981 slump in the diamond market, before resuming again in March 1987. In February 2006, De Beers ceased mining when the old order mining right for Koffiefontein expired and in July of that year Petra commenced operating the mine under care and maintenance conditions, before completing the acquisition of the mine in July 2007.

From its first beginnings, Koffiefontein has been noted for the excellent quality of its diamonds, with Edwin Streeter commenting in 1898 that its diamonds were of the “first water” (meaning of exceptional clarity).

Revenue decreased 23% to US$21.5 million as the 39% increase in the average price per carat was more than offset by the 45% decline in the number of diamonds sold.

As Koffiefontein approaches the end of its mine plan in 2025, Petra is exploring options for a responsible exit. We are evaluating non-binding expressions of interest, received post year-end for the mine. If a sales transaction does not eventuate, Petra will evaluate its options and continue to operate the mine responsibly.

The BRE project at Koffiefontein, which is independent of the disposal process, aims to provide for sustainable operations until the mine’s closure and has resulted in a labour reduction process to align the operation with the reduced tonnage profile. This process was concluded and the mine started on a new shift configuration with the reduced labour structure on 30 June 2022.

The BRE project at Koffiefontein, which is independent of the disposal process, aims to provide for sustainable operations until the mine’s closure and has resulted in a labour reduction process to align the operation with the reduced tonnage profile. This process was concluded and the mine started on a new shift configuration with the reduced labour structure on 30 June 2022.

The on-mine cash unit cost increased to ZAR1,106/t, mainly due to decreased tonnages and inflationary increases. FY 2022 capex was US$0.6 million and this was spent mainly on the completion of a workshop underground.

FY 2023 to FY 2025 production, cost and capex guidance is maintained and takes into account the lower production and cost profile we have put in place.

Section 2 of the Royalty Act requires BDM to pay the South African Government a royalty for minerals recovered under the Koffiefontein Mining Right. Pursuant to section 4 of the Royalty Act, the royalty is to be paid on gross sales in accordance with a defined formula set out in the Royalty Act. The formula applicable to rough diamonds is as follows: 0.5% + (earnings before interest and taxes as defined in Section 5 of the Royalty Act / (gross sales x 9) x 100) but not exceeding 7%.

BDM is also subject to corporate tax in South Africa at the rate of 28% in terms of section 5 and other provisions of the Income Tax Act 58 of 1962.

There are no fiscal stabilisation provisions in place in relation to Koffiefontein Diamond Mine. 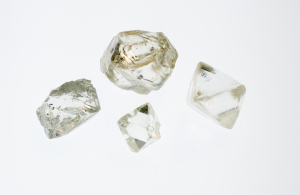 The high quality white diamonds for which Koffiefontein is known 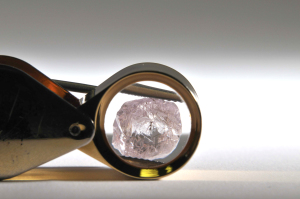