Board and Company Secretary

Petra is headed by an effective Board, with the appropriate balance of skills, independence and knowledge of the Company to properly discharge its responsibilities and duties

Peter Hill was appointed to the Board on 1 January 2020 and assumed the role of Non-Executive Chair, and Chair of the Nomination Committee, on 31 March 2020.

Peter, a Mining Engineer, is currently Non-Executive Chair of the world’s largest geotechnical specialist contractor Keller Group plc, He was previously Non-Executive Chair of Volution Group plc from 2014 to January 2020; of Imagination Technologies plc from February 2017 until its sale in November 2017, and of Alent plc from 2012 until the end of 2015. He was Chief Executive of the electronics and technology group Laird plc from 2002 to late 2011. His early career was with Anglo American Corporation, Rio Tinto, BP Minerals and Consolidated Gold Fields.

Mr. Duffy assumed the role of CEO in April 2019. He leads the management of the Company, implements the agreed strategy and runs the business on a day-to-day basis. He has 27 years of global mining industry experience, initially with Anglo American plc and then AngloGold Ashanti Limited, from its inception in 1998. In 2008 he was appointed Executive Vice President, Africa Region and continued in this role until January 2010 when he took charge of the Continental Africa Region, with operations in Namibia, Tanzania, Guinea, Ghana and Mali and a Joint Venture in the Democratic Republic of the Congo. In 2013 he was appointed Chief Financial Officer with direct responsibility for all financial matters including the formulation and execution of financial business strategy, debt and equity financing. In 2015 Richard became a co-founder and director of Africa Energy Management Platform, a private energy company targeting industrial and mining clients in sub-Saharan Africa.
Mr Duffy holds a B. Com degree from the University of Witwatersrand and an MBA from Henley Management College in the UK.

Mr. Breytenbach assumed the role of Finance Director in February 2018. He leads the financial management of the Company and is responsible for financing, treasury, financial controls, reporting, legal, investor relations, compliance and corporate governance. Prior to this appointment, Mr. Breytenbach previously held the role of Finance Manager – Operations at the Company since 2006, with responsibility for financial management across the Group’s operations, before becoming Chief Financial Officer of the Group in June 2016. He joined Petra from Anglo Platinum, where he held various roles, culminating in his position as Finance Manager – Capital Projects, with oversight for Anglo Platinum’s extensive capital expansion programmes. He is a Chartered Accountant and a member of the South African Institute of Chartered Accountants.

Varda Shine is a CEO mentor and a diamond industry Advisor. Previously, she was CEO of De Beers Trading Company where she worked with stakeholders across the supply chain (producing governments to luxury retailers) and delivered record sales and profits. She currently sits on the Boards of the Mineral Development Company Botswana, Sarine Technologies and Anglo Pacific Group Plc. She is also a  trustee of the Teenage Cancer Trust. Mrs Shine has completed business and management courses at Templeton College, Oxford, Cranfield and INSEAD. During her thirty years of work in the diamond industry, she became the first woman to be awarded honorary lifetime membership of the Israel Diamond Exchange (IDE) and in 2011 she received the Women’s Jewellery Association (WJA) Hall of Fame Lifetime Achievement Award. In 2014 Mrs Shine was made an honorary member of the London Diamond Bourse. 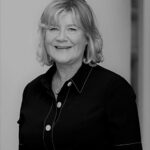 Deborah qualified as an ACA at PwC (Coopers & Lybrand) before spending eight years as Finance Executive with the Africa-focused mining and trading group Lonrho plc, and then held positions with Deloitte, BDO, Gazelle Corporate Finance and Penfida Limited.

Ms. Matloa is a Chartered Accountant having graduated from the Universities of Cape Town and Pretoria and completed her articles with PwC in South Africa in 2000. She has 16 years of corporate experience of which 12 years is in the mining industry. She is a member of the South African Institute of Chartered Accountants (SAICA) and the Independent Regulatory Board for Auditors (IRBA). She was appointed by court as the first woman curator in the insurance industry and has served on various public sector audit committees.

Since this time, Ms. Matloa has founded several businesses, including Tsidkenu Chartered Accountants Inc. and Mukundi Mining Resources. She was formerly a non-executive director of Master Drilling Group Limited, Great Basin Gold, Village Main Reef, and eXtract Group Limited. She brings broad business, financial and auditing experience to the Board.

Bernard Pryor is a Metallurgical Engineer with over thirty-five years’ experience in the international mining industry. He has held senior executive positions across a range of disciplines including project acquisition, development and construction and has run large scale, fully operational mining assets. His experience also includes international commercial and general management, most notably in Australia, Brazil, West and Southern Africa, the Middle East and Russia. He is currently Managing Director of Karo Mining Holdings Limited.

Jon holds a BSc in Mining Engineering and MSc in Mineral Economics from the University of Witwatersrand in South Africa, an MBA from Heriot-Watt University in the UK and a South Africa Mine Manager’s Certificate of Competency.

Alex was appointed as a Non-independent Non-Executive Director on 1 July 2021, having been nominated by Franklin Templeton. Emeritus Professor of Accounting at the University of Cape Town, she is the Chairperson of Coronation Fund Managers in South Africa and is Independent Non-Executive Director and Chair of the Audit and Risk Committee of Steinhoff International Holdings N.V. and Steinhoff Investments.

Alex is a former Chair of the Accounting Practices Committee of the South African Institute of Chartered Accountants and is currently Chair of the South African Financial Reporting Investigations Panel. She was a Board Member, and in 2019 was Vice-Chair of the Amsterdam-based Global Reporting Initiative and is a Board Member and member of the Audit, Finance and Investment Committees of WWF-SA.  Alex holds a BCom degree from the University of Cape Town and is a qualified Chartered Accountant (SA).

Mr Bhatt was appointed to the Board as a Non-Independent Non-Executive Director nominee appointed by Monarch Master Funding 2 (Luxembourg) S.à r.l. on 1 July 2021.

Johannes is currently Managing Director of Incomet Capital GmbH, an investment and advisory company within the mining sector, and a Board Member of Zangezur Copper Molybdenum Combine, formerly part of the Cronimet Mining Group. He was previously a Non-Executive Board member of Stemcor Global Holdings, a steel trading company, having previously been for ten years with Scholz Holding GmbH, an international metals recycling and industrial group, latterly as Chief Financial Officer. His earlier career was with Deutsche Bank AG.

Mr Kraemer was appointed as a Board observer on 1 July 2021, having been nominated by Monarch Master Funding 2 (Luxembourg) S.à r.l.