Participants in Petra’s Leadership Development Programme have been given structured leadership and management coaching for the last three years as part of the LDP programme. The coaching is also provided to middle and senior managers who take part in Petra’s Management and Senior Management Development Programmes, and it has also been extended to include ongoing support to employees who have completed both the LDP and Women in Leadership programmes.

Coaching has proved to have many benefits, including the development of self-awareness, self-confidence and self-leadership, as well as a change in leadership style, and assisting in the development of healthy relationships with conflict and authority.

The LDP coaching programme focuses on achieving progress and efficiency in the workplace and is based on the ‘Immunity to Change’ model developed by Harvard Professors Robert Kegan and Lisa Lahey. The model introduces techniques to help individuals overcome barriers that are blocking important progress that they want to make. The training is completed during 12 sessions over a period of up to seven months.

The coaching programme has already received some very positive feedback from participants, with a number commenting that the coaching has provided a safe place to gain perspective and personal awareness. Participants have also said they have gained more confidence in themselves and their abilities, as well as improving their management skills. Since the start of the programme, 122 employees took part in the LDP and 65 of these employees were promoted as a result of the Departmental Succession Plan.

In October 2021 a Graduation Ceremony was held for the eleven employees who had graduated from the LDP.  Since the start of the programme, 122 employees took part in the LDP and 65 of these employees were promoted as a result of the Departmental Succession Plan. 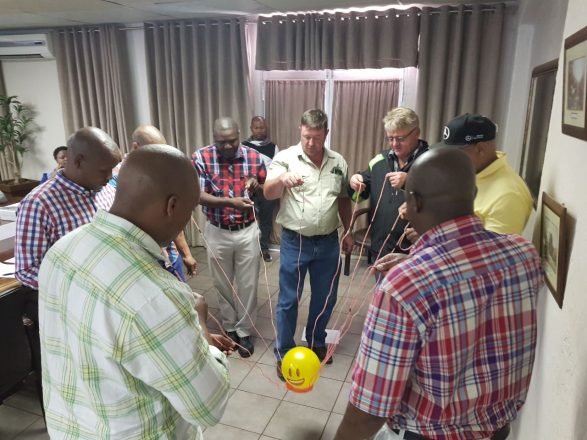